Ashley Victoria Benson is an American model and actress, best known for her role in the drama/thriller television series Pretty Little Liars. Benson was born in Anaheim, California, on December 18, 1989. She has one sibling, sister Shaylene, who is a former Los Angeles Laker Girl. From a young age, Ashley participated in dancing, modeling, and acting. As a child, she performed at events, appeared in numerous dance catalogues, and signed with The Ford Modeling Agency at the age of eight. Benson went on to star in countless films, including Bring It On: In It to Win It (2007), Fab Five: The Texas Cheerleader Scandal (2008), Christmas Cupid (2010), Springbreakers (2012), and Chronically Metropolitan (2016). In addition, she has appeared in popular television series such as on NBC Soap Opera Days of Our Lives, Eastwick, The West Wing, and The O.C..

Ashley Benson rose to fame with her role as Hannah Marin in Pretty Little Liars (2010-2017). In this drama series, Benson played the token diva of a friend group navigating high school, the disappearance of their friend Alison, and an anonymous source intent on ruining their lives and exposing their darkest secrets. Pretty Little Liars generated millions of viewers and a strong cult following, therefore skyrocketing Benson’s career. For her outstanding role as Hannah Marin, Benson won awards at the Teen Choice Awards, Young Hollywood Awards, and was nominated on three occasions at the People’s Choice Awards. Since the end of Pretty Little Liars in 2017, Ashley Benson has continued to pursue acting and appeared in the film Her Smell (2018). She is currently in the spotlight for confirming her relationship status with the infamous model, singer, and actress, Cara Delevingne.

Ashley Benson Video – more about her:

Ashley Benson video with a poster image that displays before the video starts: 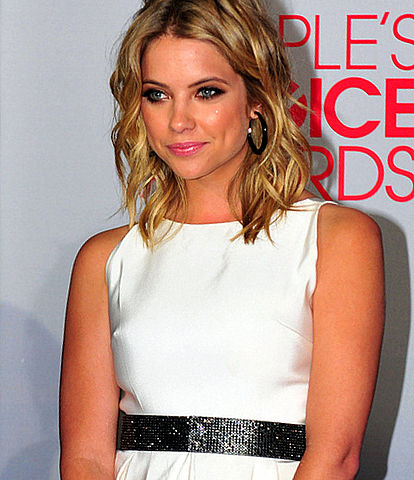